I hate to admit it, but Frenchie is actually a bit younger than me! There I have said it! But… only a couple of weeks. We are both August-born, but I came first! After my lovely birthday in Biarritz, it was time to celebrate Frenchie – and I knew just the place! 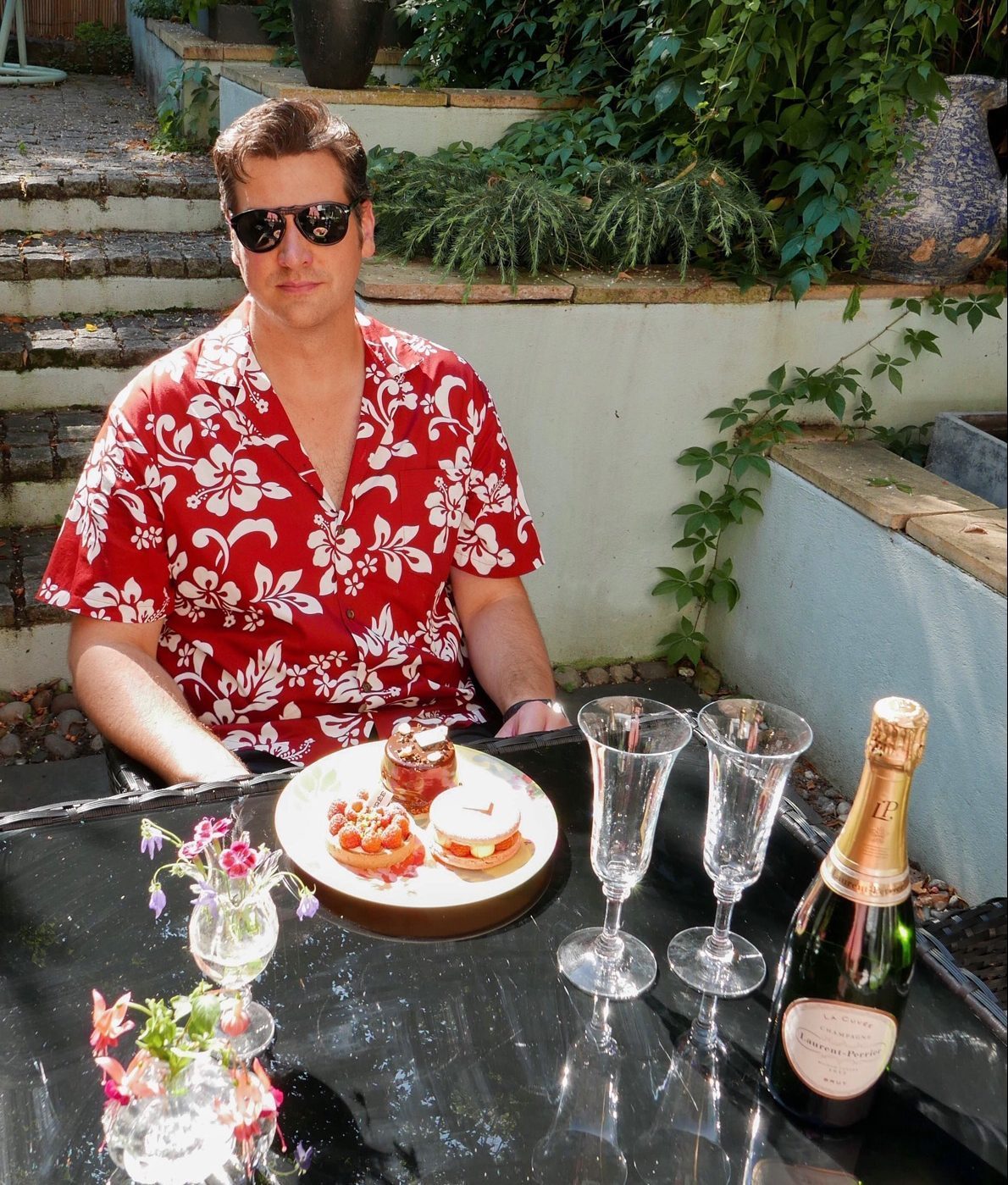 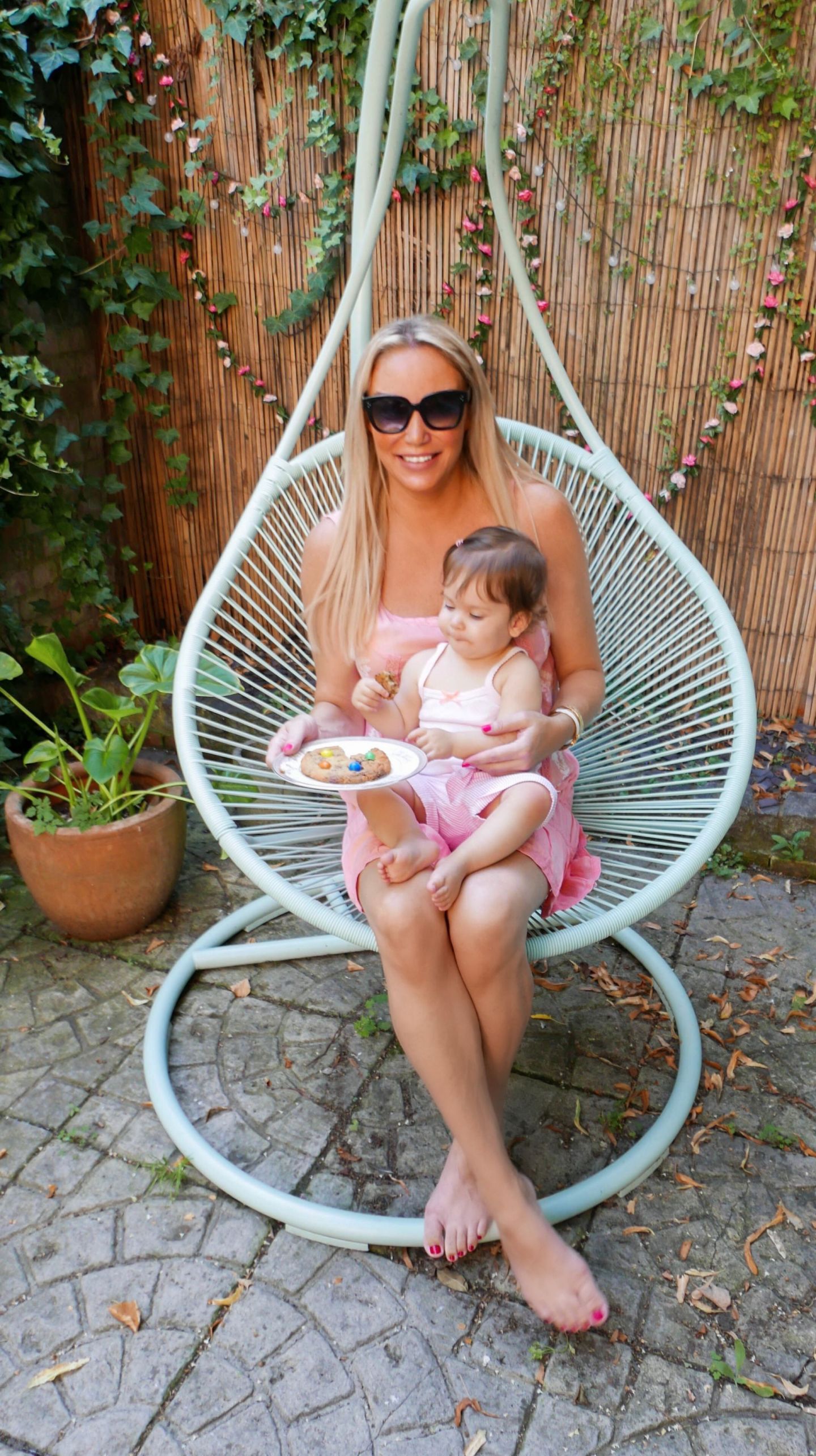 Even Clara was celebrating with a little M&M cookie 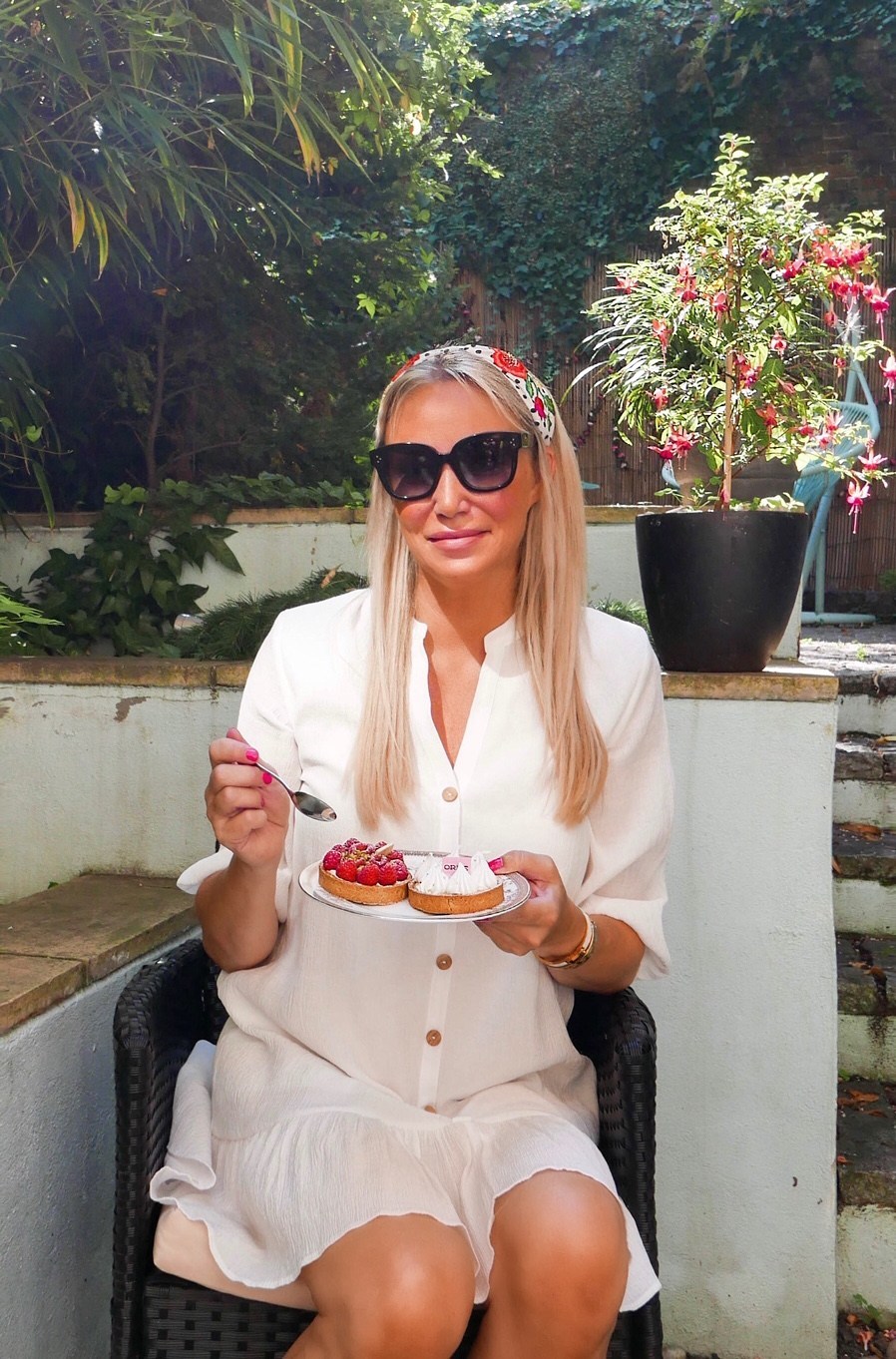 I always choose Orée for special occasions, as I believe they have the most delicious cakes

Bonus-info: Orée has two stores in Kensington, where you can get everything from croissants, pains au chocolat and escargot aux pistaches, as well as cannelés, financiers, and chausson aux pommes. The patisserie selection includes fraisier, eclair au chocolat, eclair au cafe, lemon and yuzu Tart, raspberry tart and more eclectic options such as chocolate lovers cake and fruits Paris brest (oh – and they serve lunch as well! Are you hungry now? ) 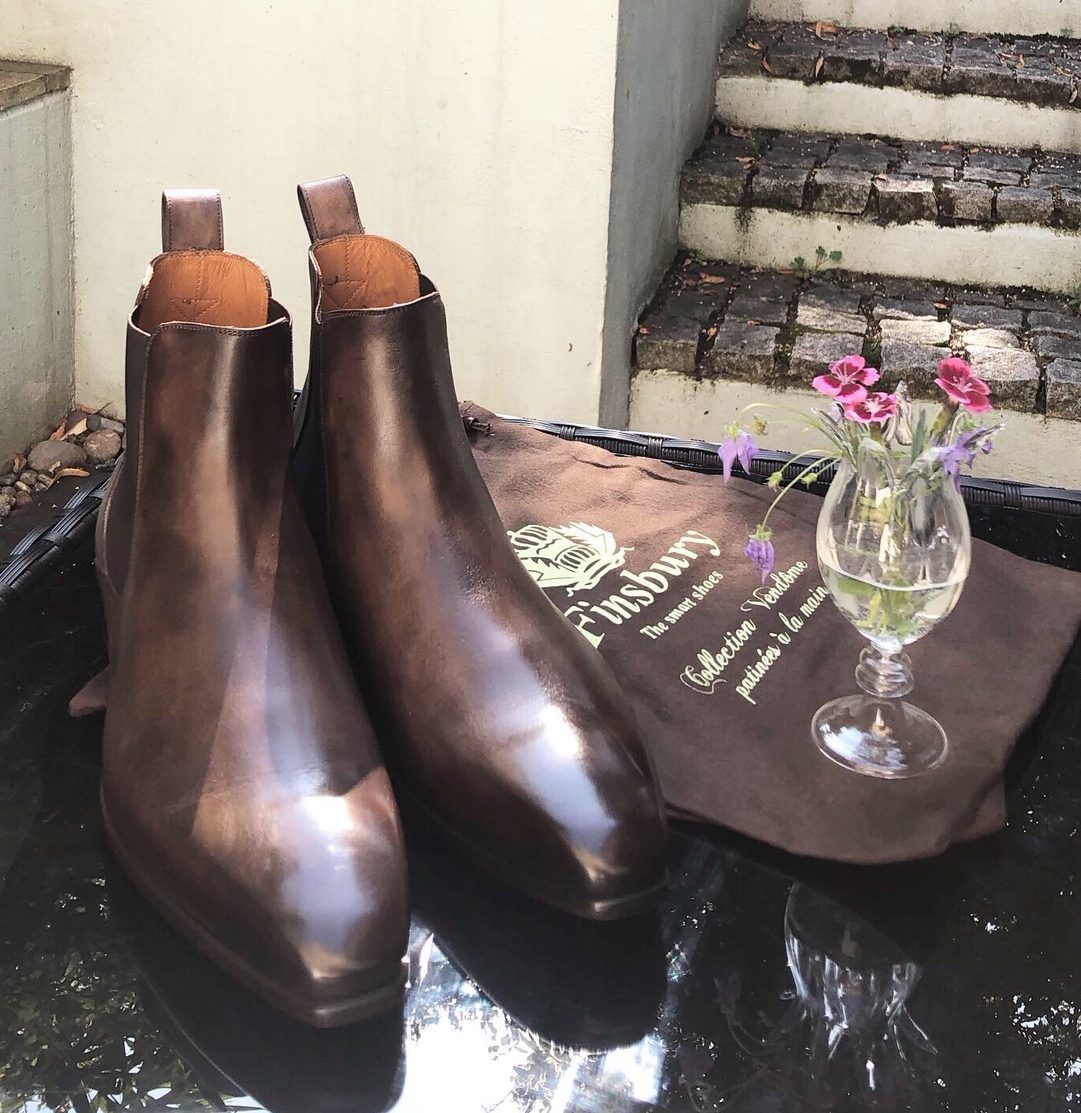 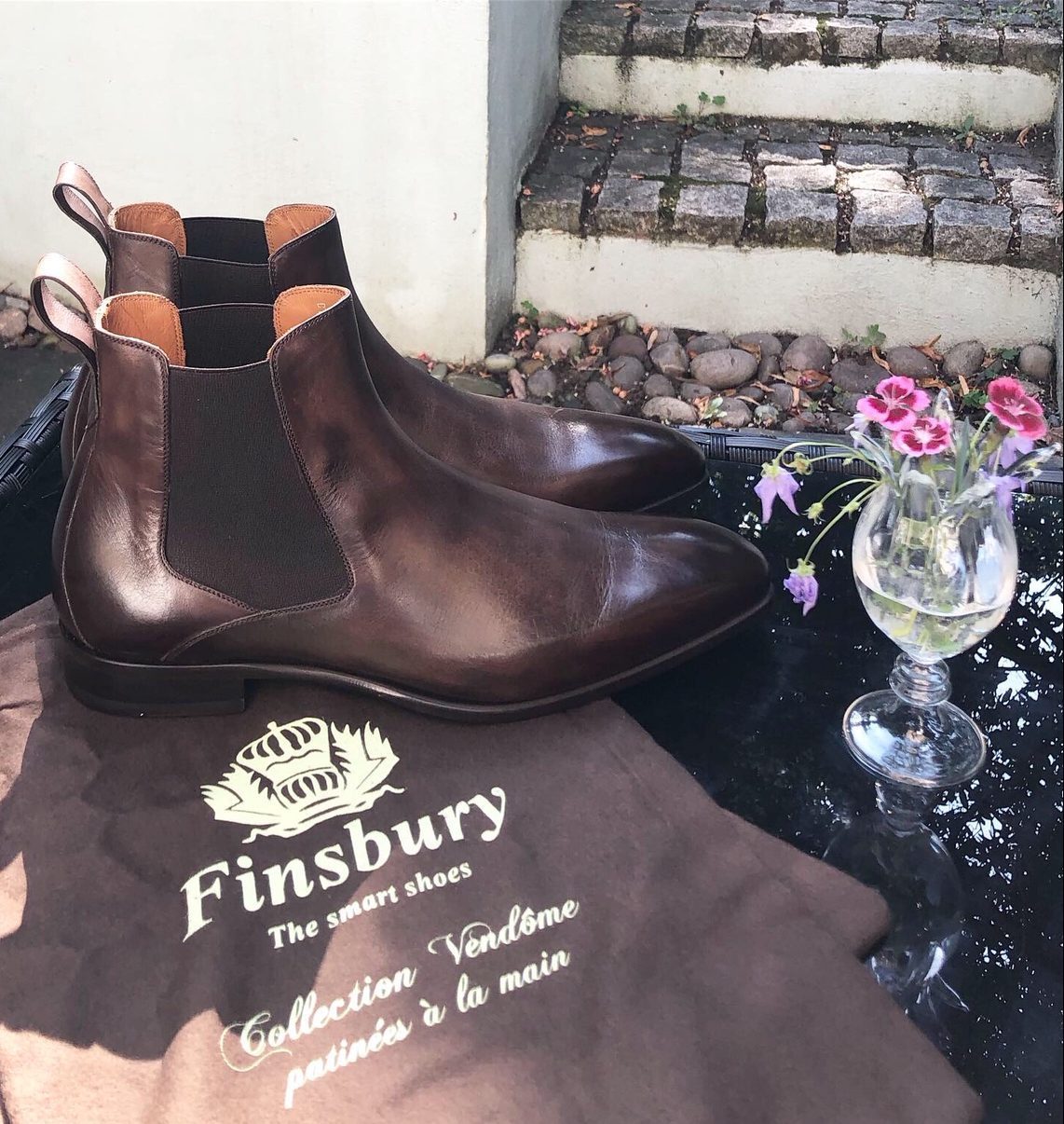 So he was very, very happy when I gave him these elegant Dark Brown Borghese ankle boots. Aren’t they just gorgeous?

Bonus-info: Finsbury was created in Northampton – a famous area for Goodyear stitched shoes. Created by Jean-Pierre Dahan and David Cohen, the House was established for the first time in Paris in 1986. What we really love about Finsbury is, that they offer high-end shoes at a very reasonable price. No wonder, that the brand quickly became the new leader of the high-end Goodyear mount men’s shoes! 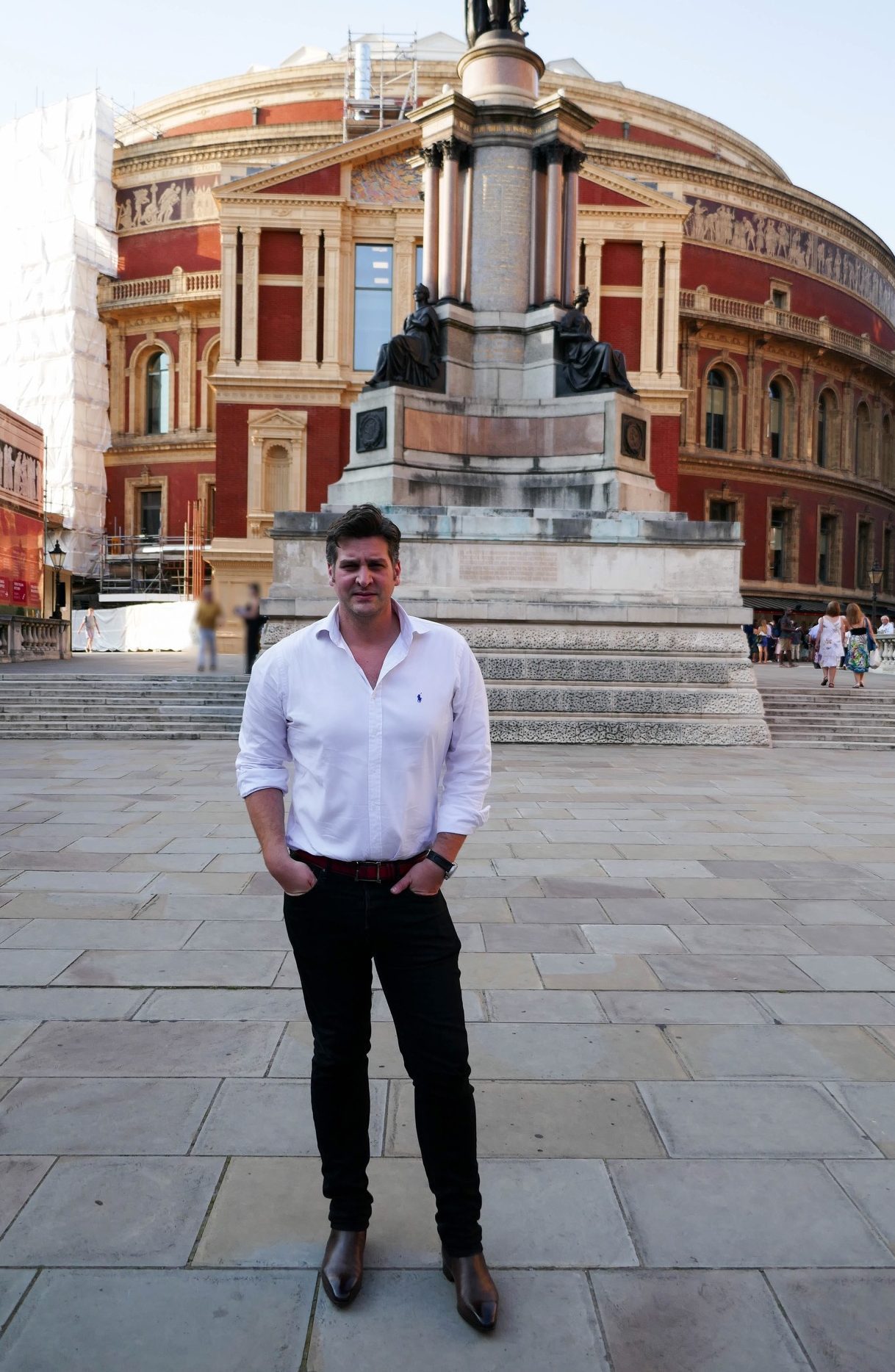 – and here he is wearing his new boots and ready for an evening out in Royal Albert Hall. Doesn’t he look handsome? (So proud of my man!) 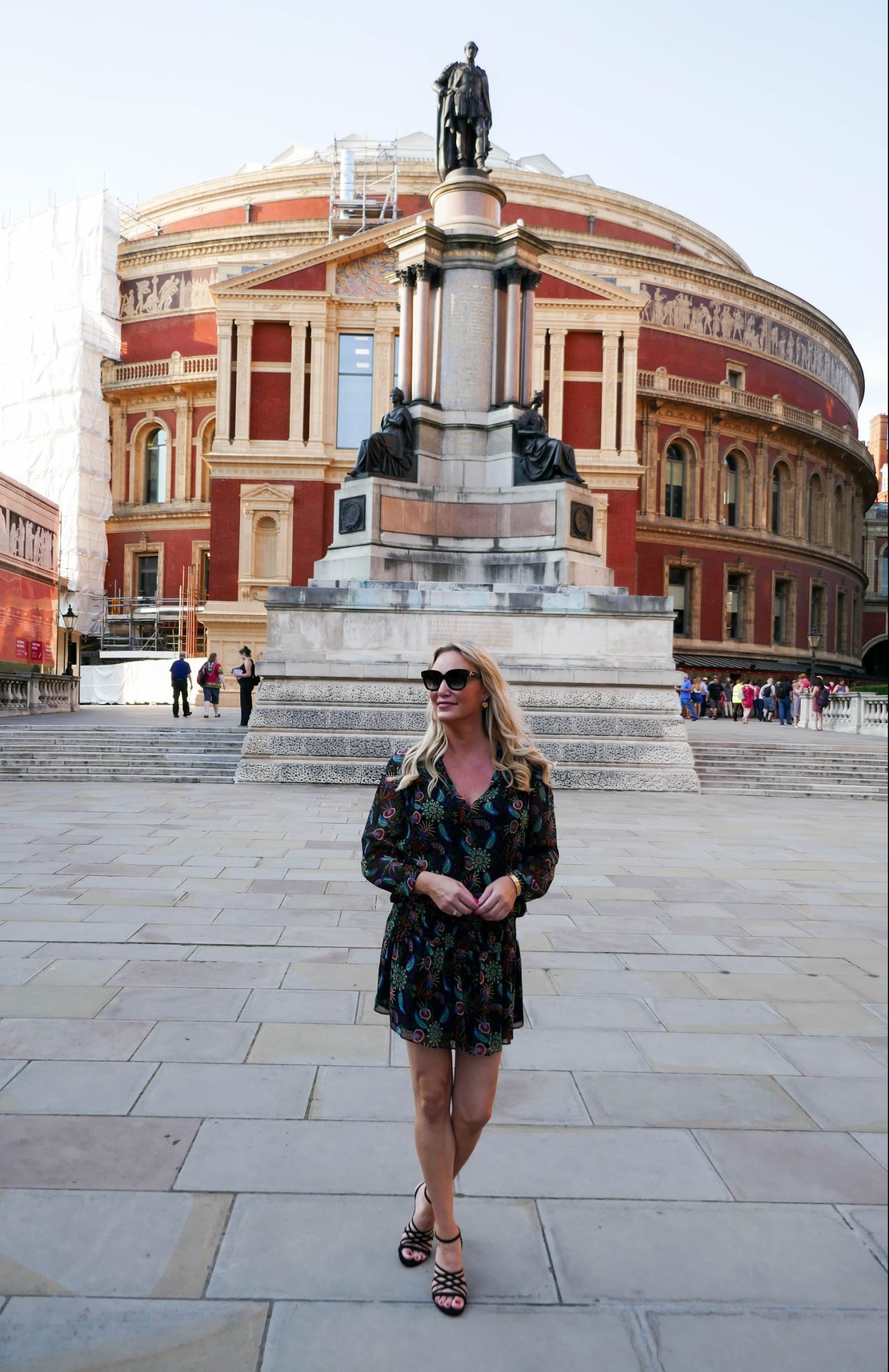 Speaking of shoes… I was in heels myself – and I felt gooood! Because Clara is getting older, Frenchie and I can finally go out on date-nights again! Something I believe all parents should do from time to time! 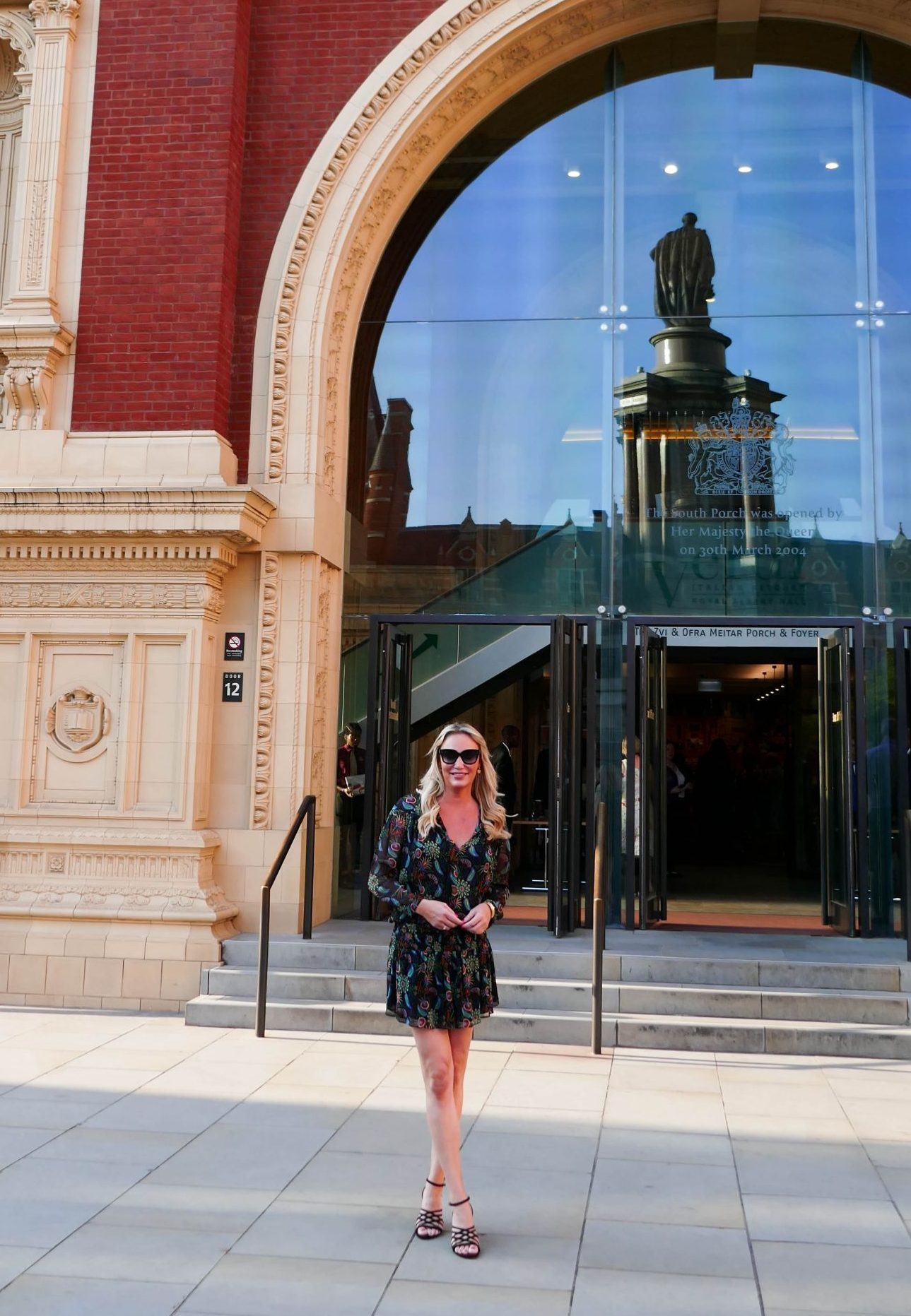 Welcome to The Royal Albert Hall

For the few of you, who do not know this, The Royal Albert Hall is a concert hall on the northern edge of South Kensington in London. It is one of the most treasured and distinctive buildings in the UK. 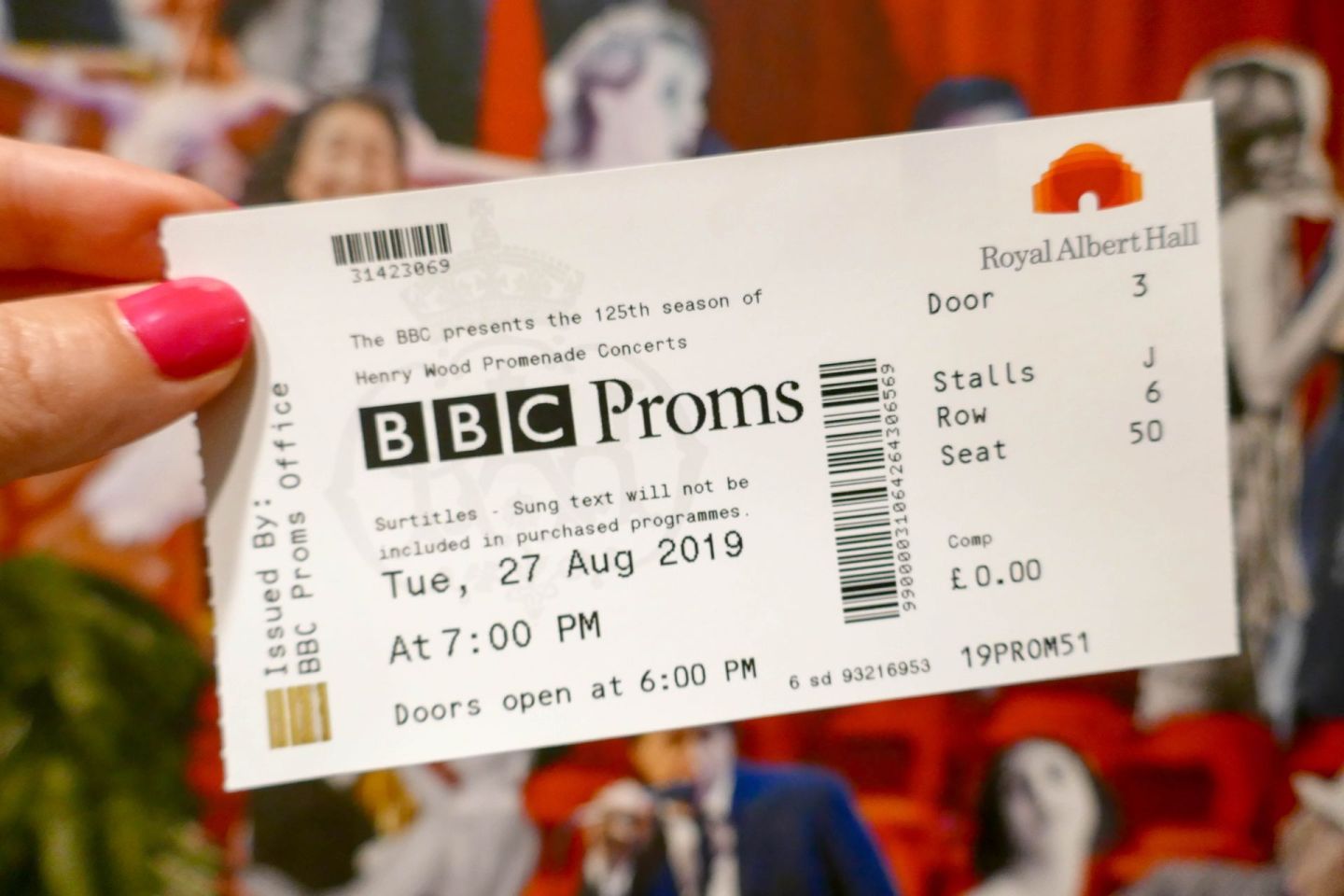 Since the hall’s opening by Queen Victoria in 1871, the world’s leading artists from many performance genres have appeared on its stage. It is the venue for some of the most notable events in British Culture – in particular The BBC Proms, which have been held here every summer since 1941 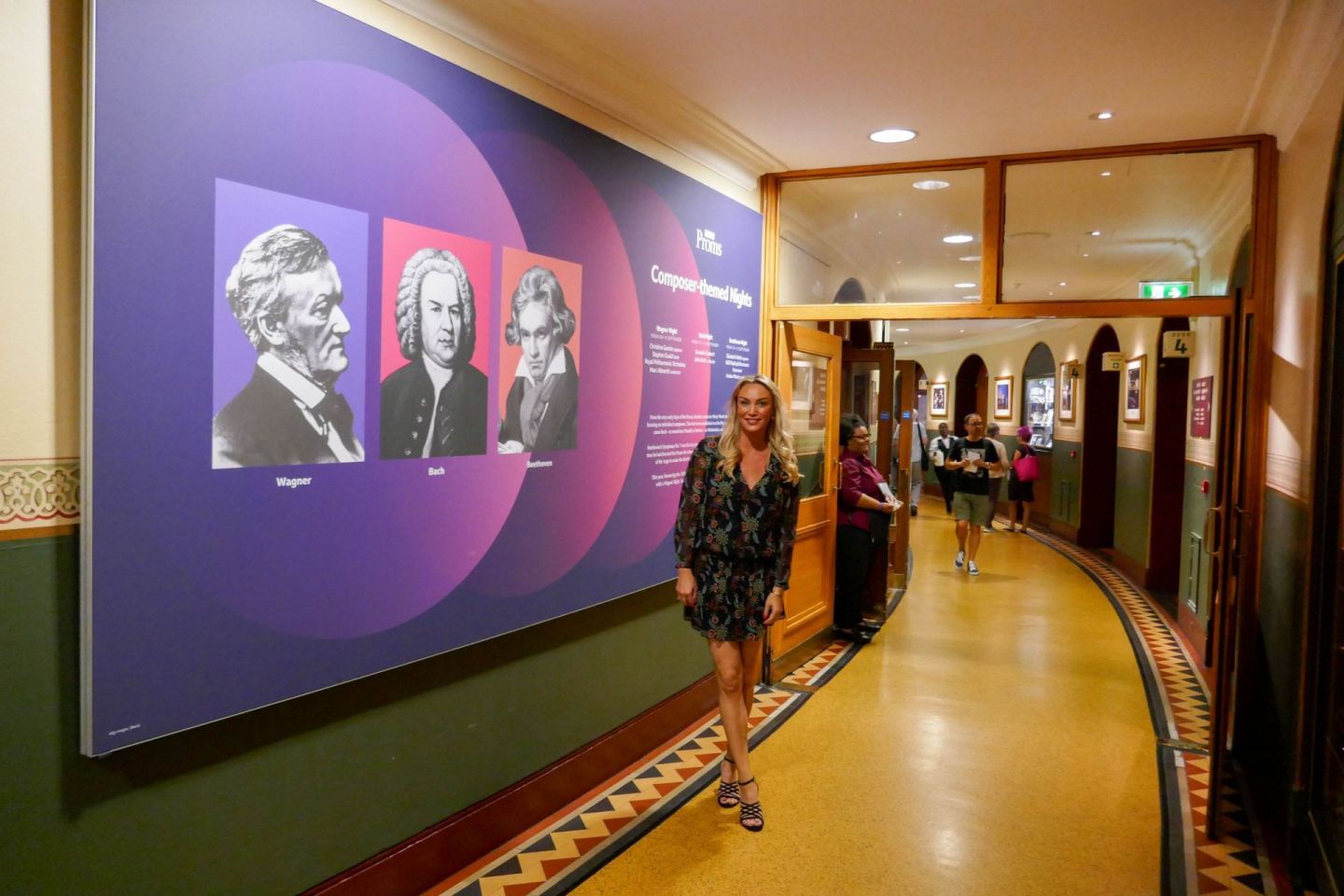 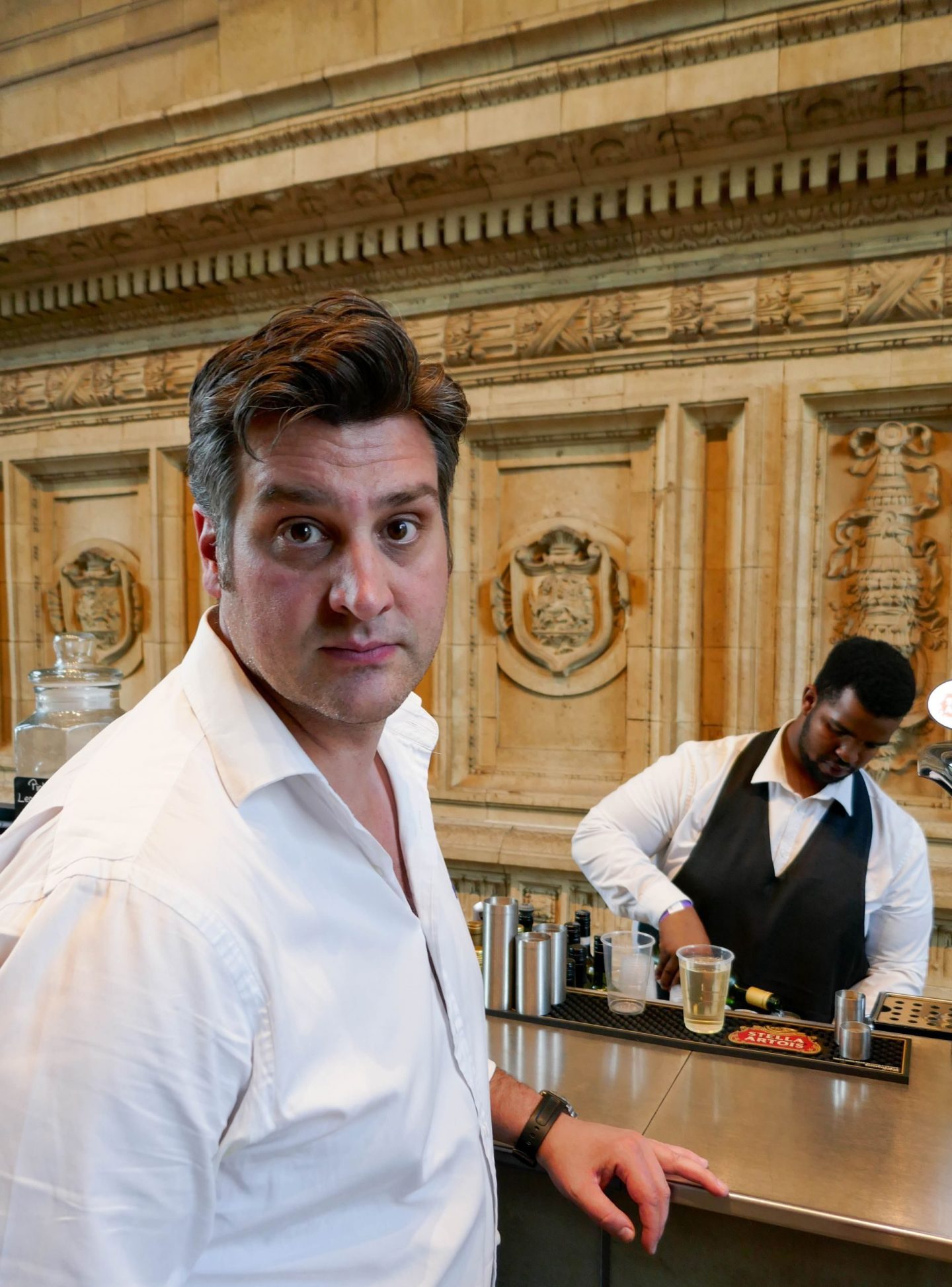 Inside The Royal Albert Hall there are plenty of small bars across all levels, where you can get drinks and snacks before the show

TIP: Want to beat the queues? Order your interval drinks before the show and collect them at the break. (Available in all of the bars) 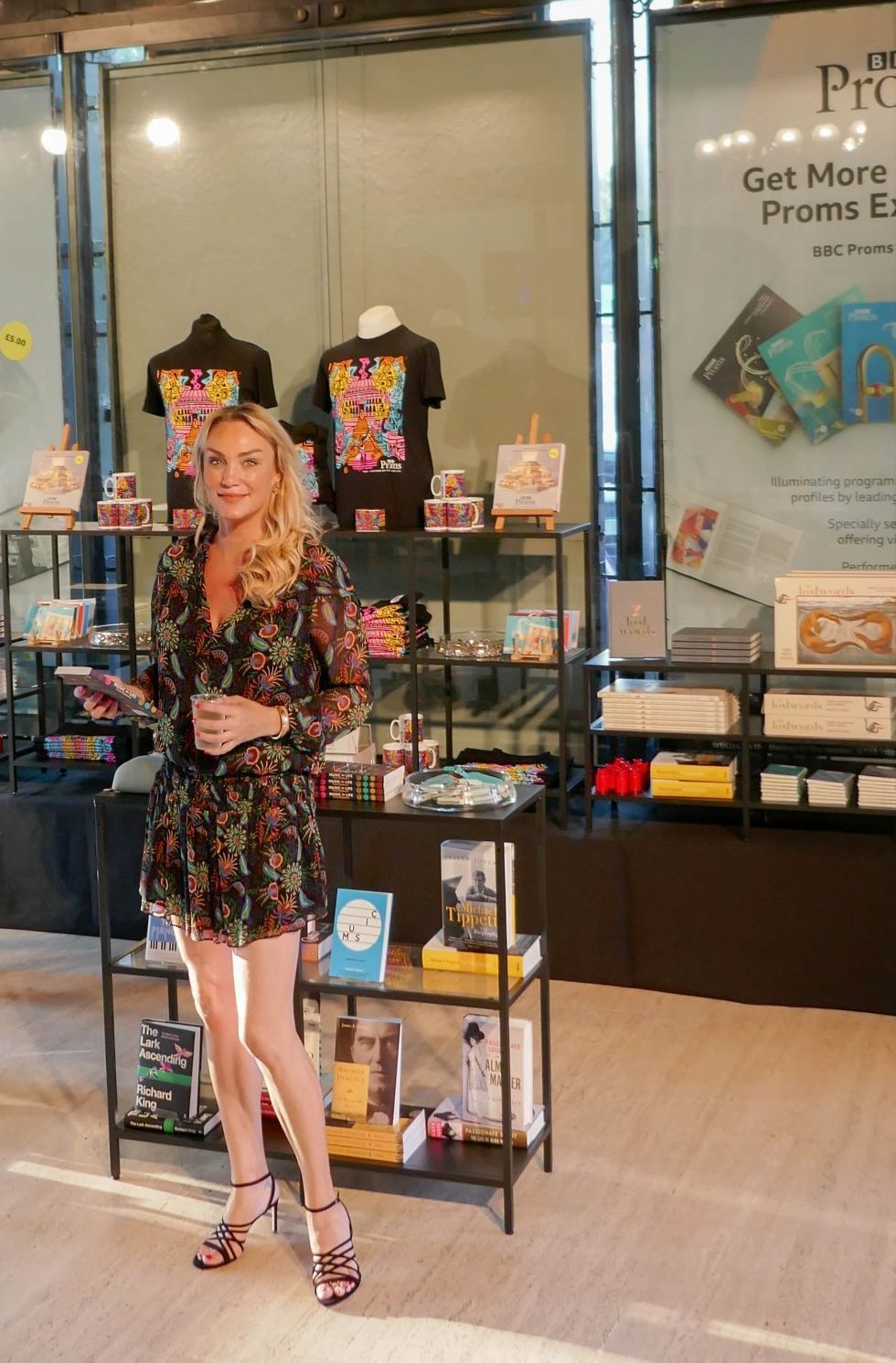 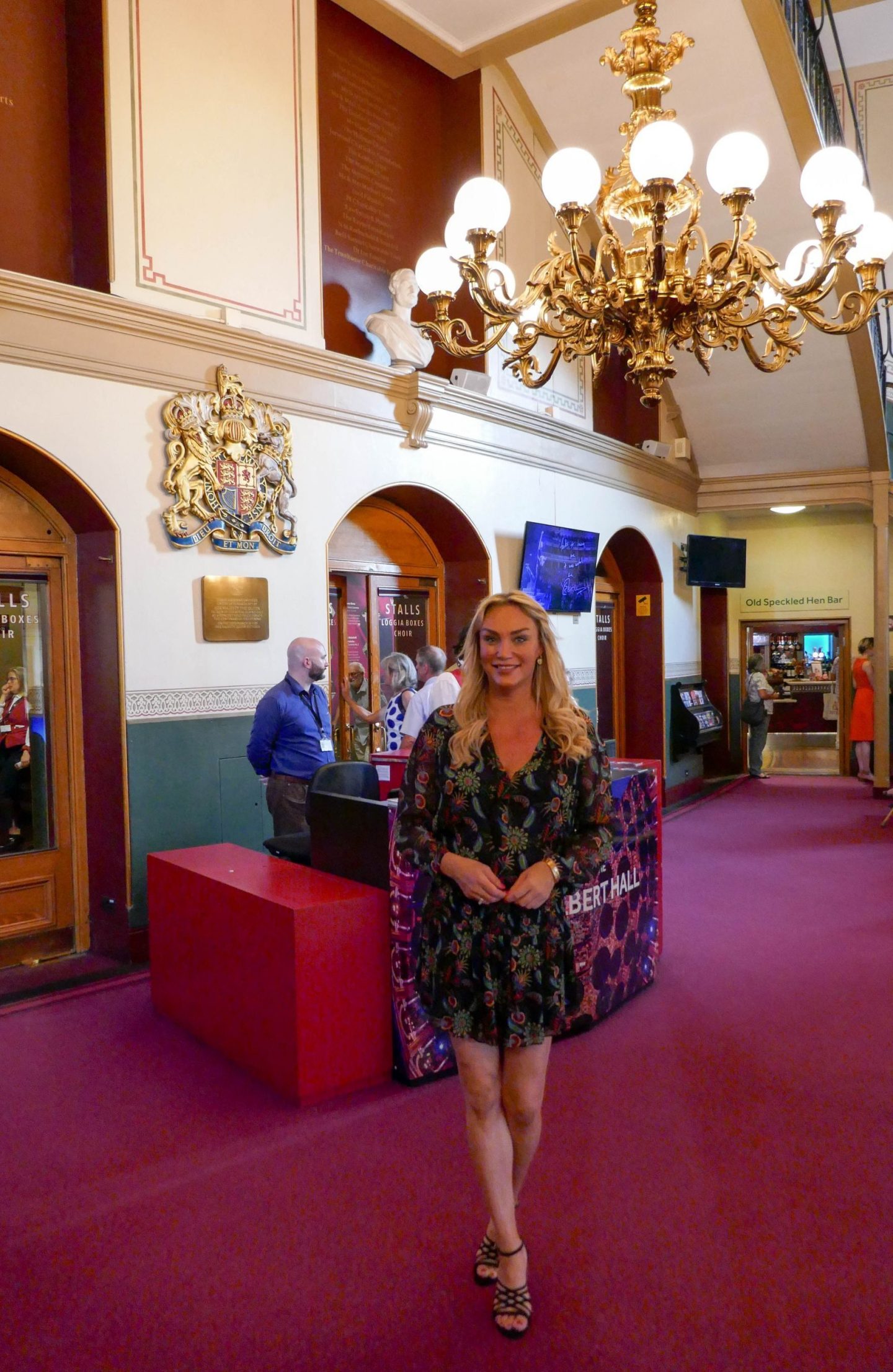 I love it here… 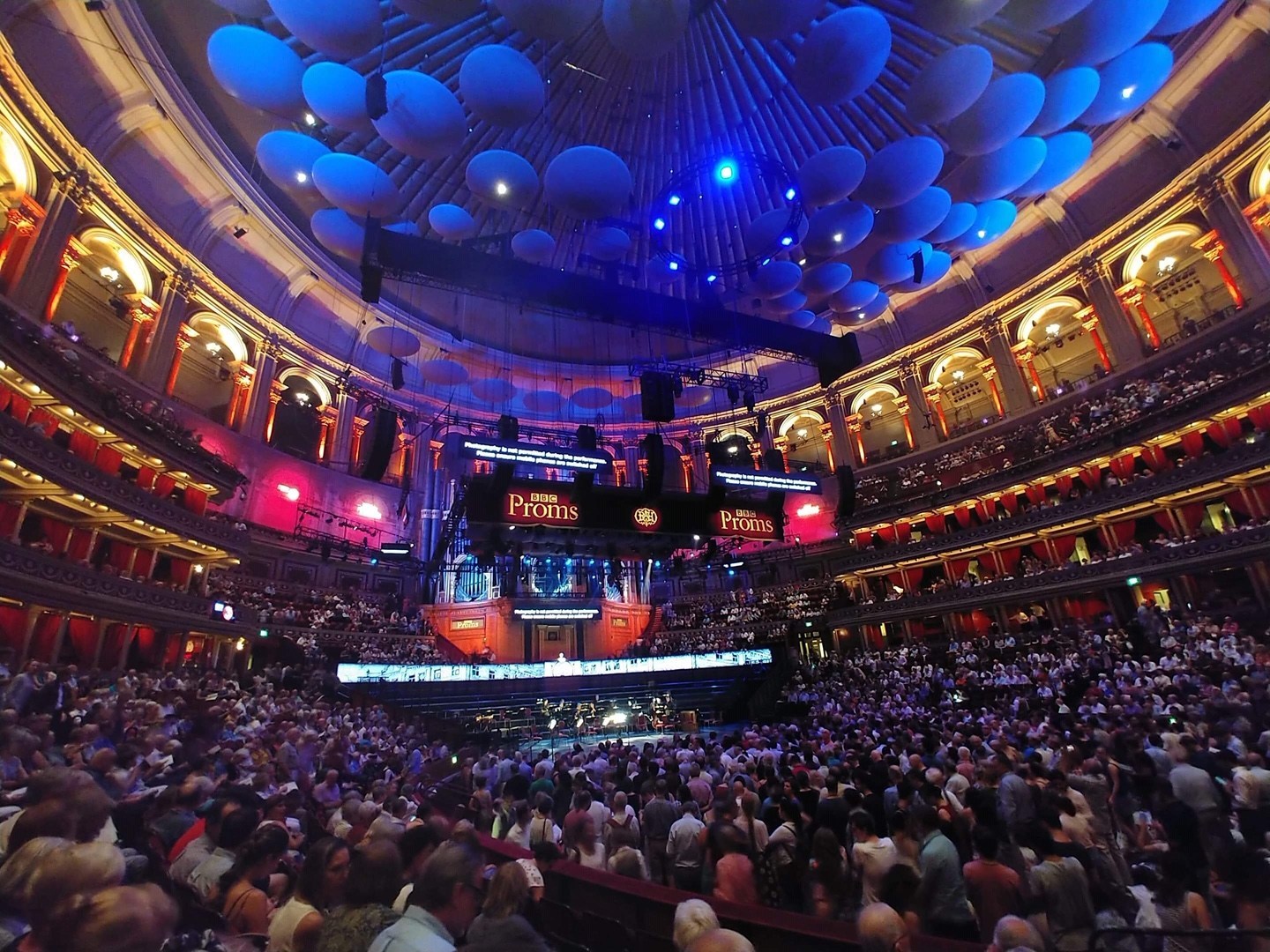 But… Mostly I love entering the iconic auditorium! 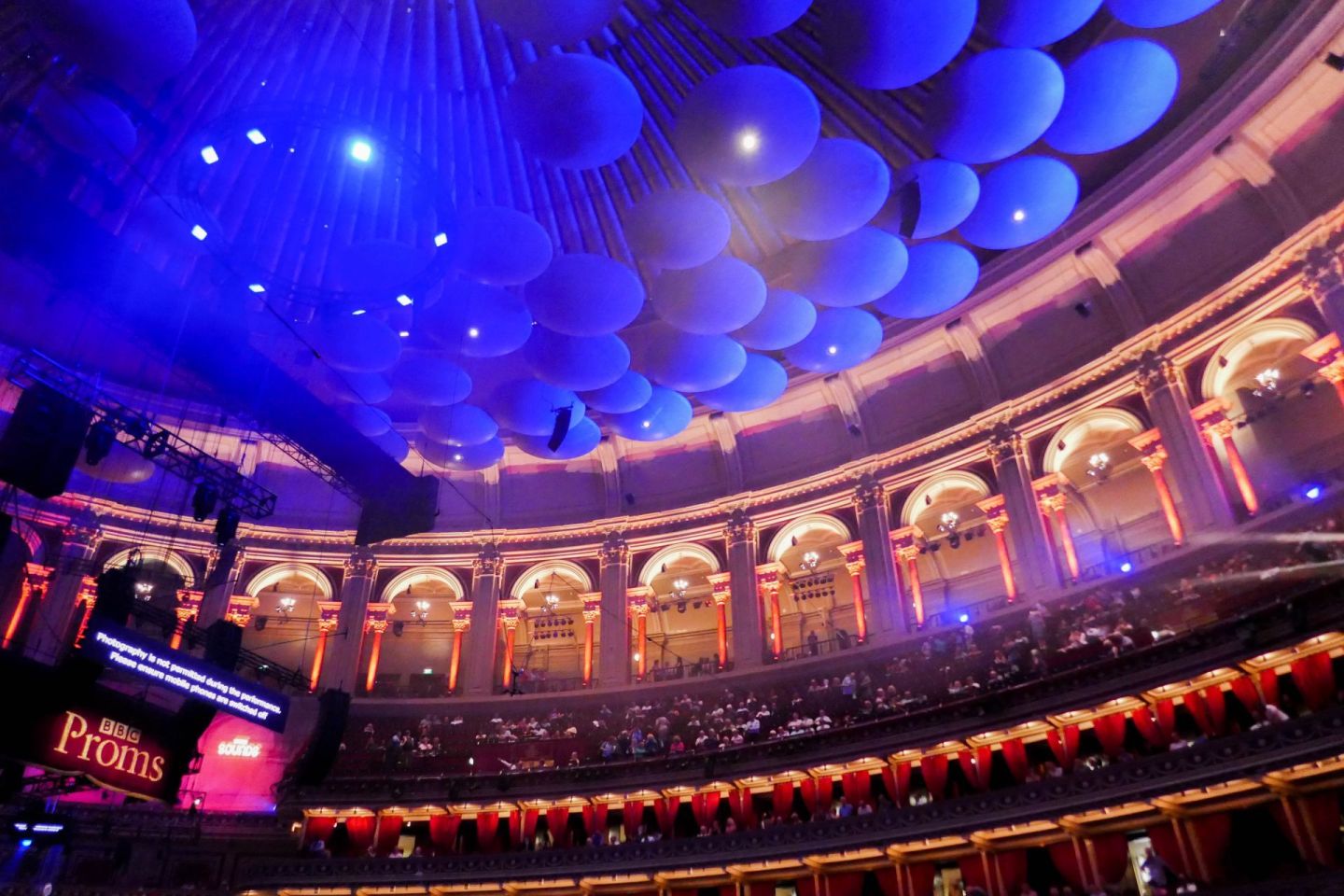 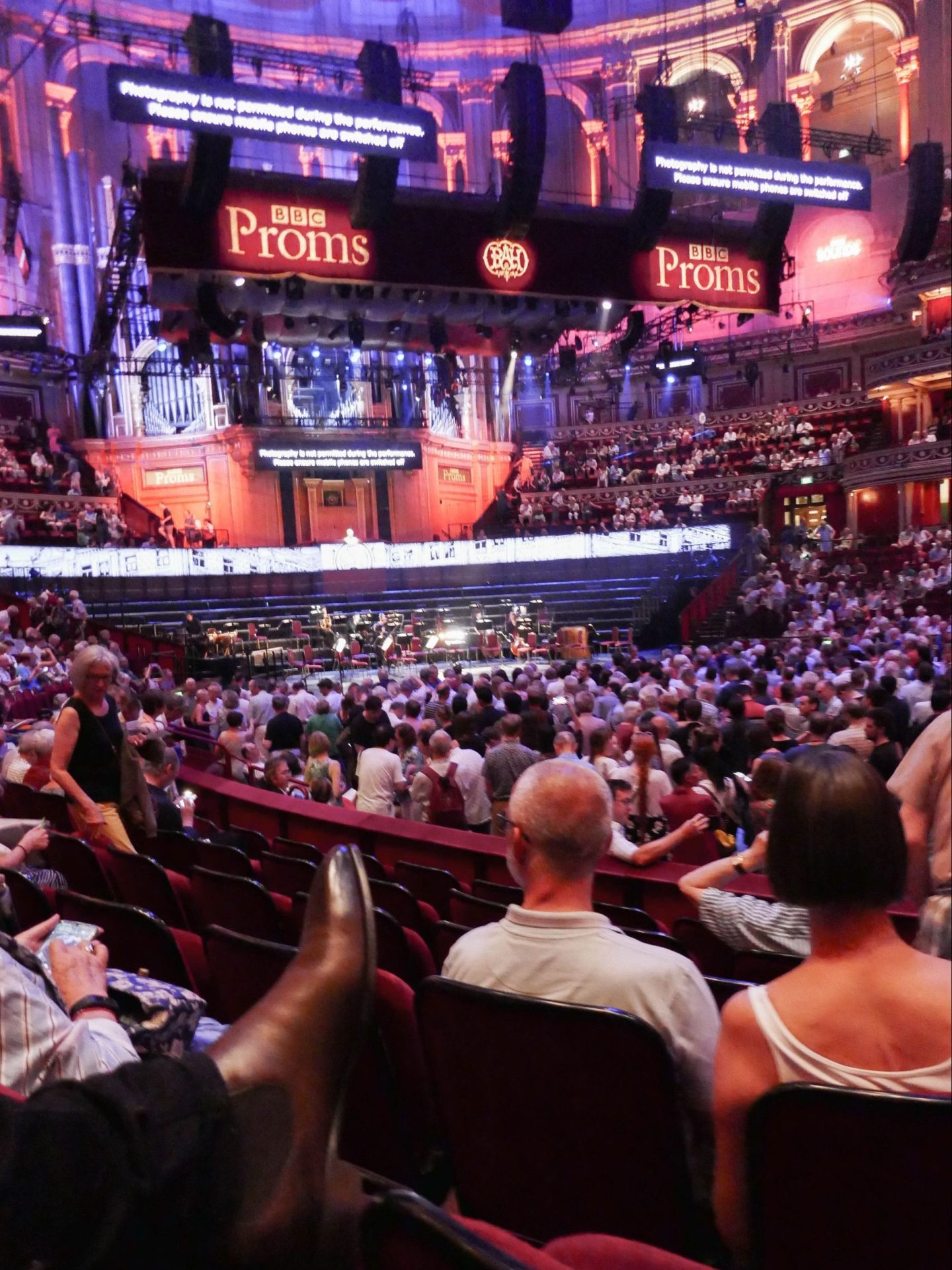 Frenchie showing off his new boots!  We had great seats by the way – I always go for The Stalls, when possible 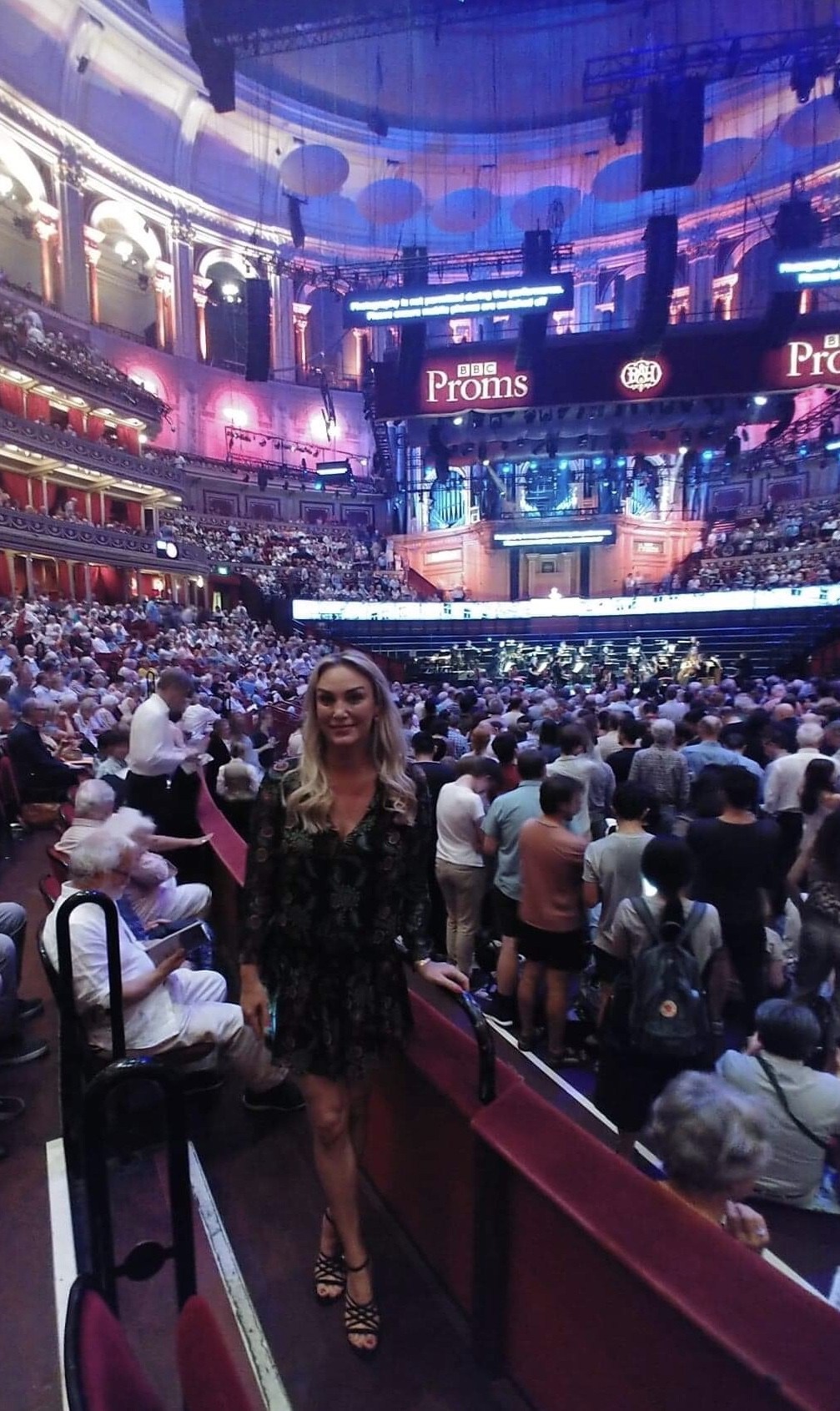 Bonus-info: Glyndebourne is recognised internationally as one of the world´s leading opera houses – a reputation that stems from founder, John Christie’s insistence of doing “not the best we can do but the best that can be done anywhere” John and his singer wife, Audrey Mildmay founded the Glyndebourne Festival in 1934. In 1968 the the Glyndebourne Tour was established to bring opera to new audiences across the country and create opportunities for talented young singers 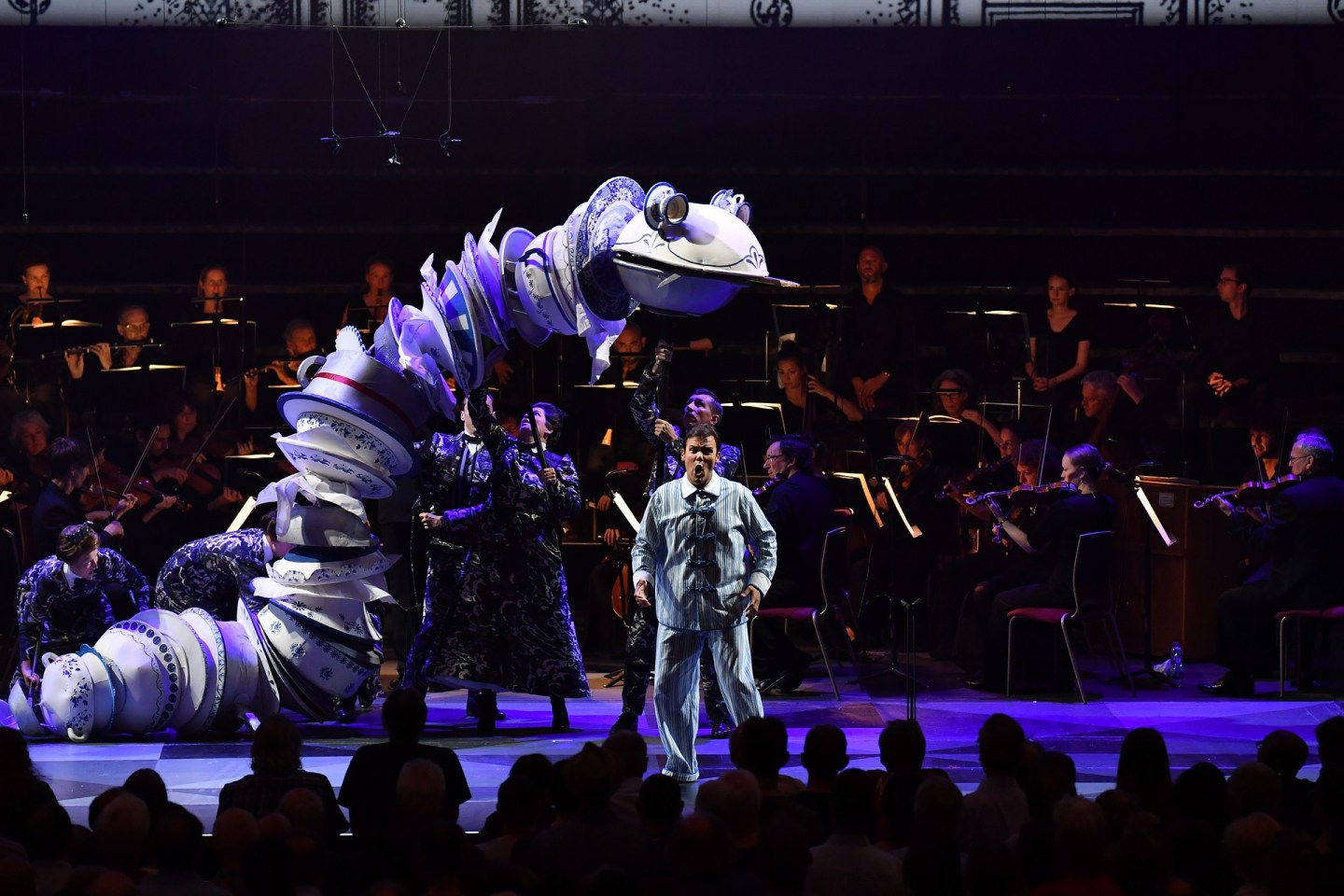 The summer of 1791 was a busy one for Mozart. The Magic Flute turned out to be the last public premiere of his life. Not only did he compose “The Magic Flute”, he also wrote “La clemenza di Tito” for the coronation of Leopold II – and he received the mysterious commission for his final work, the magnificent “Requiem Mass”, which was to remain unfinished at this death

In spite of being a challenging year for Mozart, the score of The Magic Flute overflows with lightness, grace and levity. If you are new to the opera-scene this is where you should begin, as the comic masterpiece treats you with unparalleled melodic richness and a fairytale gallery of characters 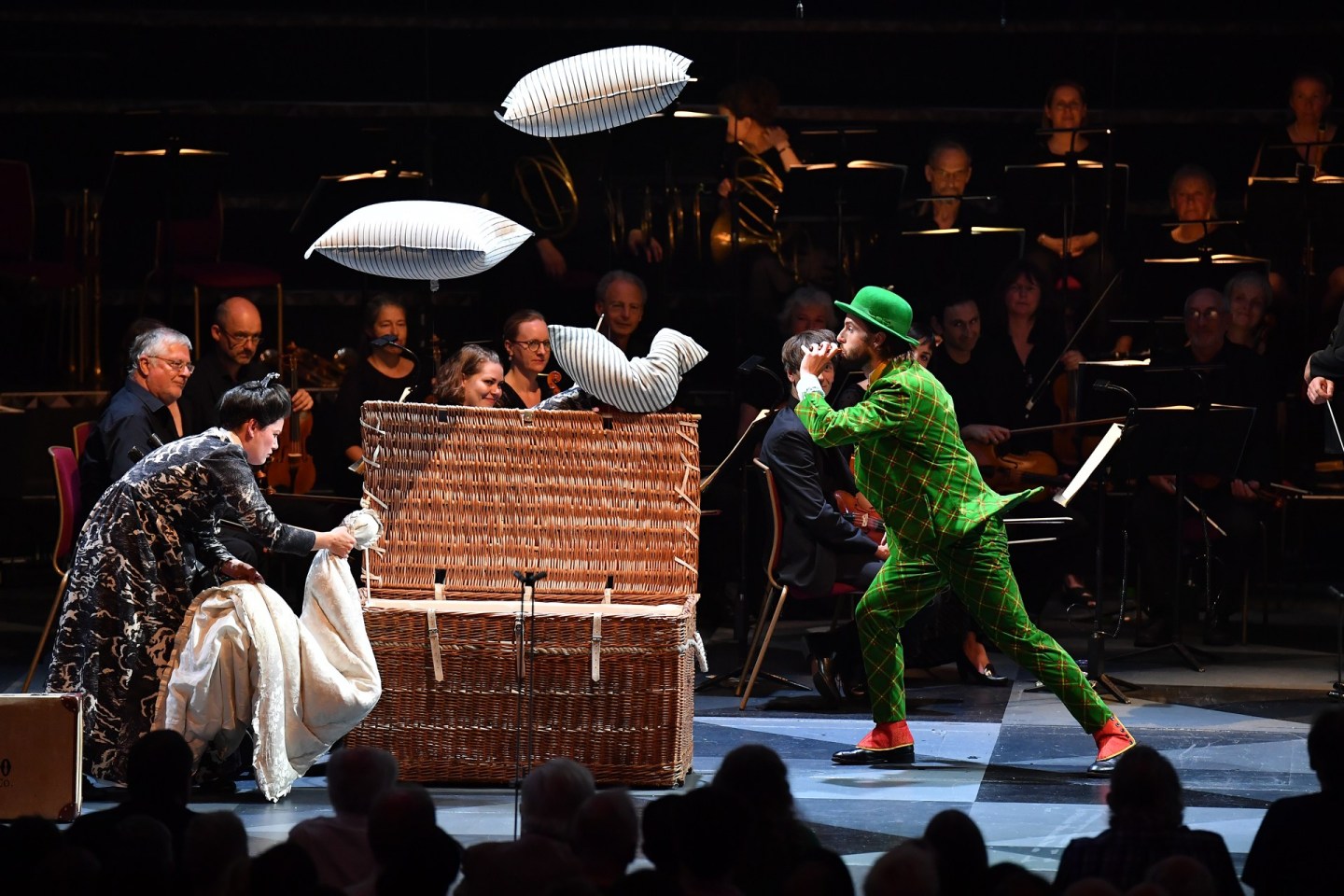 German baritone Björn Bürger as Papageno the bird-catcher. He was my favourite. (BBC/Chris Christodoulou) 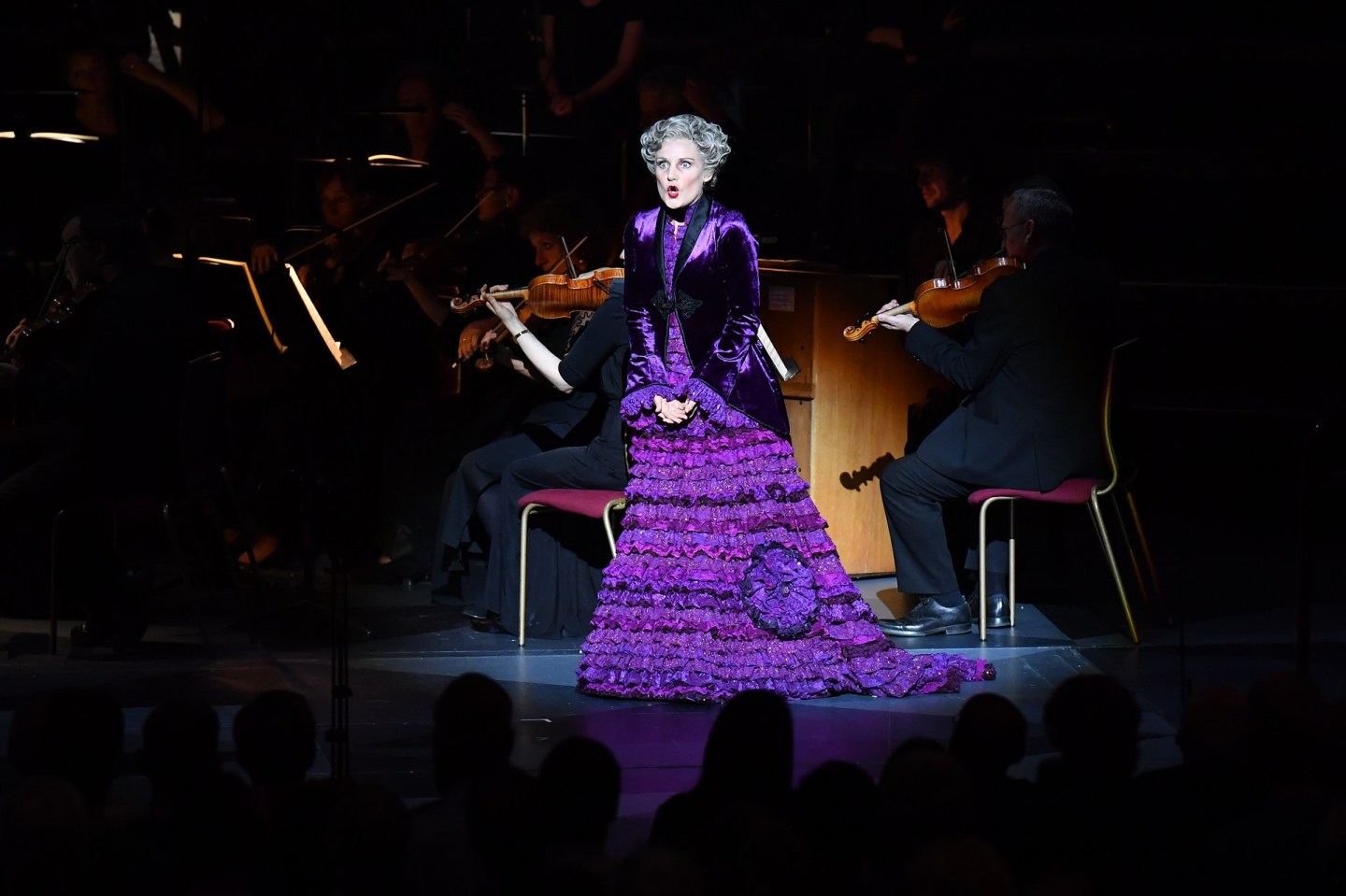 But the one, that made the biggest impression and left the audience speechless was my fellow Scandinavian, Caroline Wettergreen as Queen of the Night. (BBC/Chris Christodoulou) 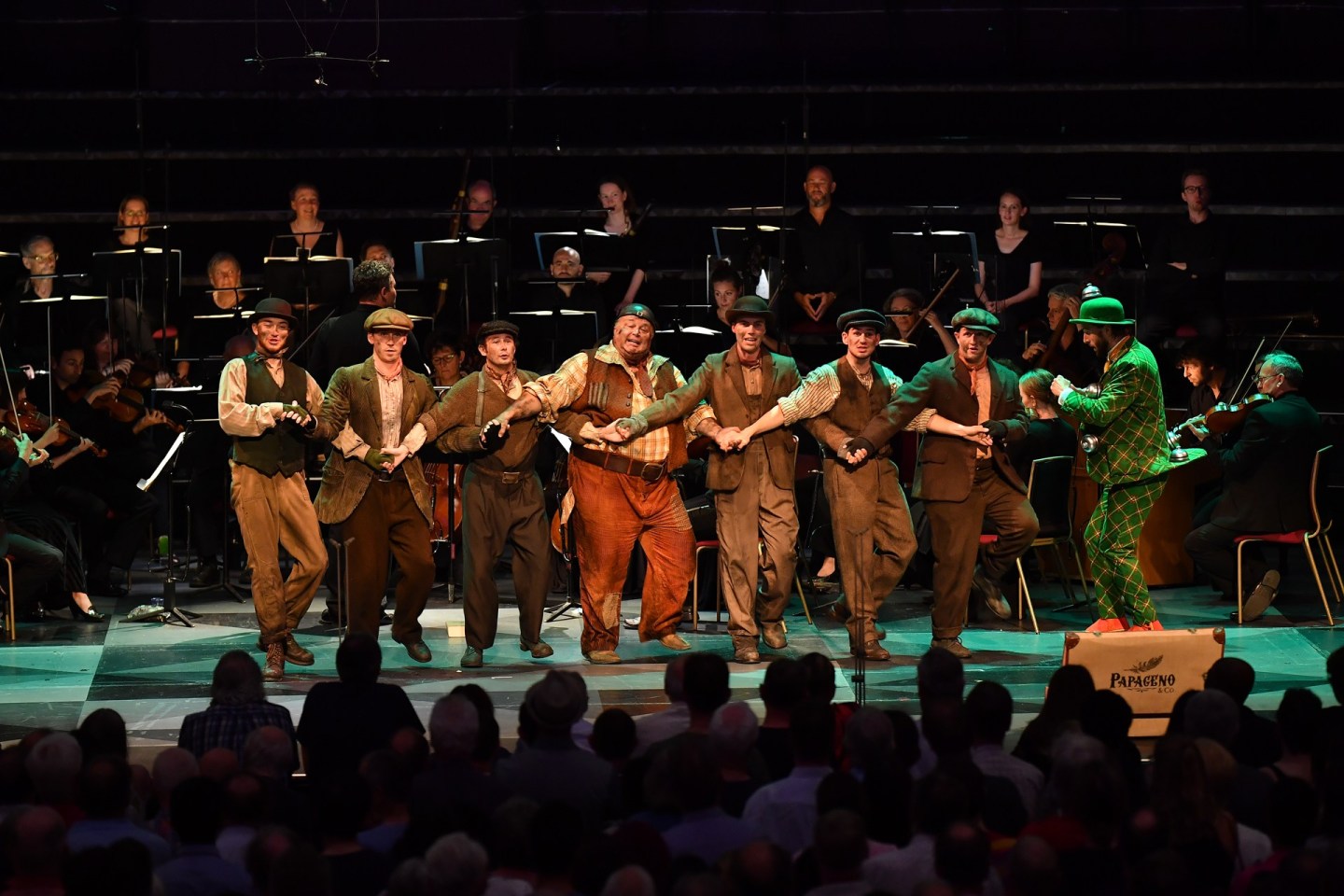 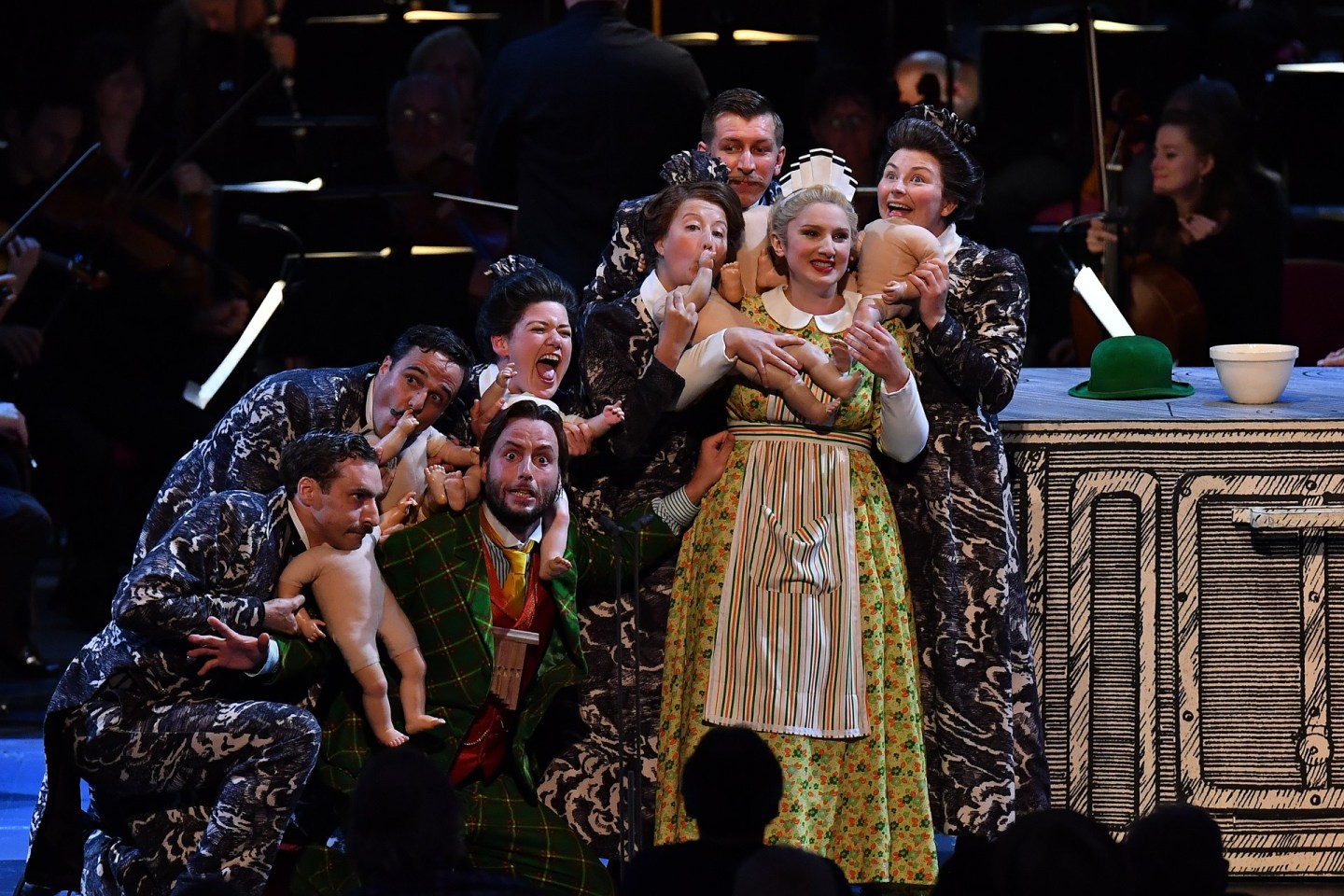 Papageno, Papagena and all of their babies (BBC/Chris Christodoulou) 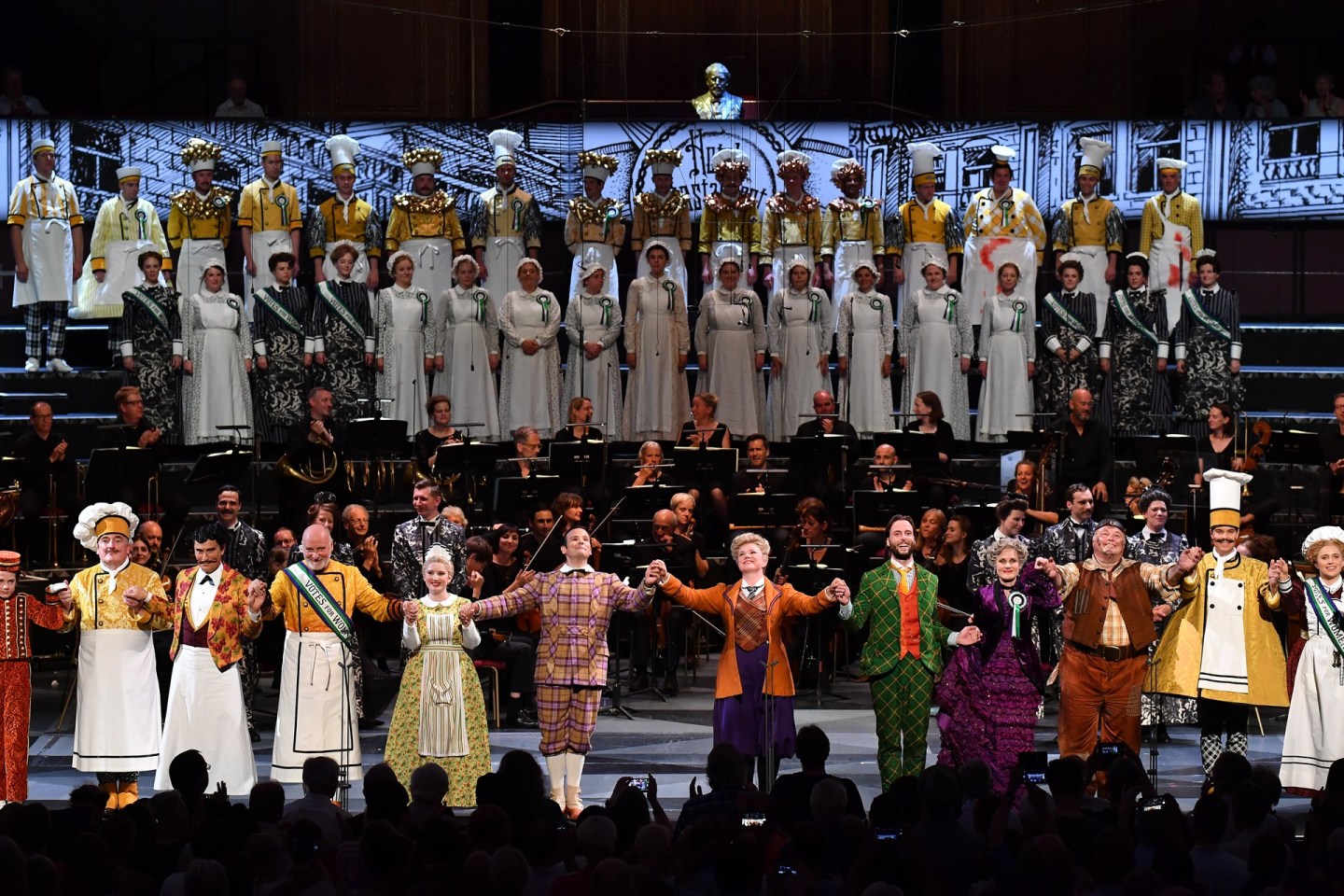 The Magic Flute was accompanied by the Orchestra of the Age of Enlightenment, semi-staged, sung in German (with English subtitles) and conducted by Ryan Wigglesworth. We enjoyed every moment and found the whole “Viennese hotel kitchen theme” amusing and refreshing.

Want to know more about The Royal Albert Hall? Read my lovely evening with “The Christmas Classics” here!

Thank you for subscribing to LouiseLoves! 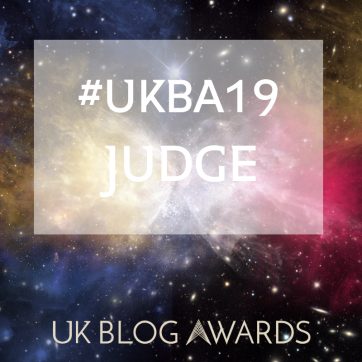 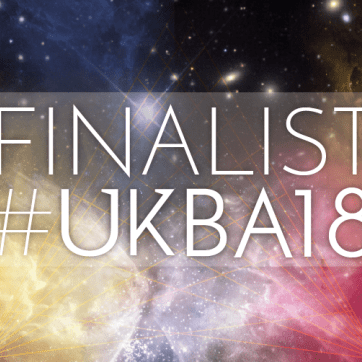 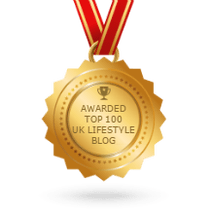 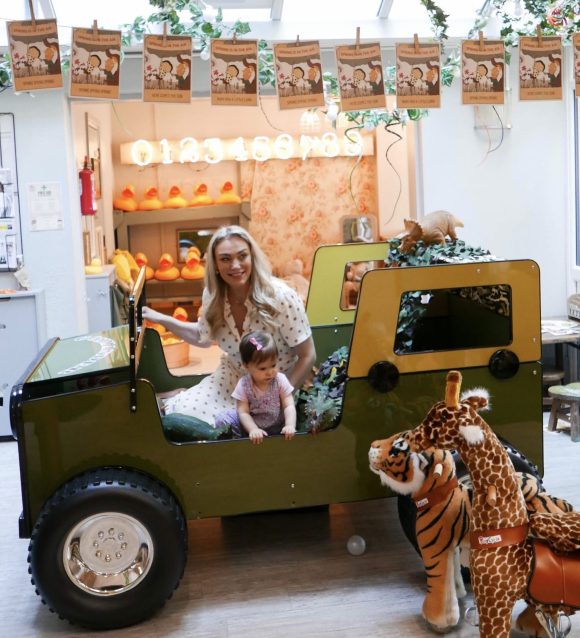 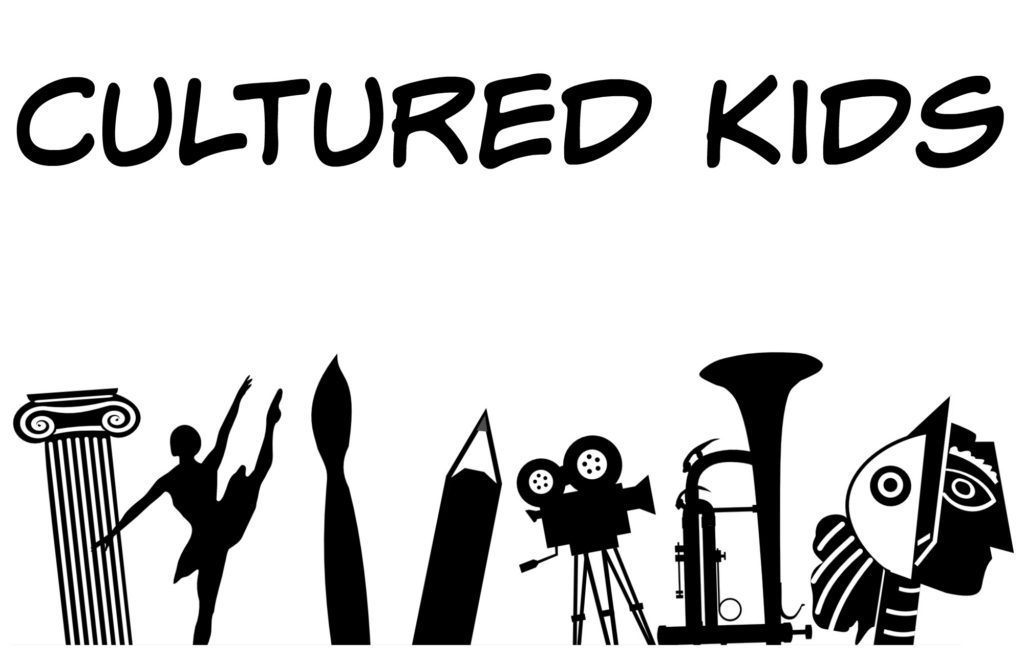